Wisdom in Ruby and other Gems

"Receive my instruction, and not silver; and knowledge rather than choice gold.
For wisdom is better than rubies; and all the things that may be desired are not to be compared to it."
Proverbs 8:10-11

The wisdom of Proverbs dwells deep into the human psychic and such wisdom helped explain myself to myself. All my life, I found value in what I did, not how much money I received. Because of this, some institutions and people see little value in my accomplishments. But, if I would have converted my discoveries into money, I would be praised by institutions. I do not hold anyone in contempt for this, because we earthlings have a view that a person's value depends on wealth, but most think of wealth as piles of materialism, while fewer think of it as accomplishments. But think about this! How much wisdom does it take to be born king or queen of England?

You see, over the years working as a research geologist for the Wyoming Geological Survey at the University of Wyoming, as well as consultant for a variety of mining companies, one might think I was incredibly rich! I am, but not in materialism. I have no money to speak of, but I have my experience. I discovered or was part of a discovery team that found a minimum of $60 billion in mineral deposits, and likely much more. Yes, this made people rich, but those who became rich, sit at the top of companies.

The largest of all of my finds as far as value was Donlin Creek in Alaska. But, I  was just one of a team of seven geologists who found this giant gold deposit in 1988, and all of us were equally responsible! This deposit alone contains $60 billion in gold in a deposit that potentially has twice as much value in precious metals when all is said and done. Then there are all of the other mineral discoveries I made or recognized over the years while camping in an old, $100 tent, in ghost towns, wilderness, and on the top of mountains.

I should be driving a 4-wheel drive Ferrari with truck tires to the field, when in fact, I'm driving a used Honda Fit. How can a person find so much value, and yet drive around in a car that gets 40 mpg? Well, for me, value is knowledge and wisdom - not how large someone's pocket book is. Remember what the Bible said about a rich man getting into heaven.

If I were to quote a book by a rich man without an education, i.e., Bill Gates, many would enjoy my ramblings. But because I quote a book written by prophets that has mountains of historical and archaeological facts, those who hate religion, hate me personally, even though they do not know me. No problem, one of the reasons why I took up martial arts at the age of 15 and practiced nearly every day of my life, was because of people without wisdom.

It all goes back to Proverbs. When I started my college education years ago, my parents taught me to value what a person did with their life, rather than how much they could buy with inherited or stolen bank accounts, and by taking advantage of others through greed. How sad is it to see so many billionaires and millionaires who continue to steal, form phony foundations, and give nothing back to the world, or to the poor, but brag about their contributions. Most ride well-fed camels. Good luck with the eye of the needle.

How about a  genius such as Tesla. Tesla, may have been the brightest human in history; yet, he died an without a penny. During his life, he was determined to get his discoveries to the world population at no cost to them. How many others can we say that about?

In contrast, Tesla worked part of his career for another genius: Thomas Edison. History records Edison as a rich, greedy, heartless man, who electrocuted animals in public just to try to prove Telsa wrong. But because he was penniless, most members of Congress would think Tesla was worthless because of a lack of material goods. Some how, in our world, we have perverted materialism with value and brilliance, yet nearly all who carry materialism on sleeves tend to intellect. So, why do we think of rich people, many who gained wealth through crimes and deceit, to have qualities of wisdom and intelligence?

No, I'm not trying to suggest I'm a genius. Those who know me realize I'm not all that bright, but I am driven to discover. For example, I will search for mineral deposits based on science, and as soon as I find what I'm looking for, I will study the deposit only long enough to gain more insight into structure, geological setting, chemistry, etc, and then I move on to the next treasure and leave the last one for others to figure out how to make money on it.

As an example, in the 1990s, I went looking for rubies misidentified as garnets by another geologist. After I found this deposit located at Palmer Canyon, Wyoming in the Laramie Mountains west of Wheatland, I recognized the deposit had other potential gemstones including sapphire, kyanite and possibly similar alumina-silicates. While looking, nearby; I discovered some incredibly beautiful iolite, another aluminum-rich gemstone. I continued to search the deposits and began to examine the geological setting. I don't think iolite and ruby are genetically linked, but they do have some similarities in geological (metamorphic) settings and rock chemistry. So, if I find another metamorphic ruby deposit, I don't believe I will always find another iolite deposit nearby. But because of the metamorphic grade (pressure and temperature) and enriched aluminum in the schists and gneisses, there is a chance of finding iolite or other alumina gemstones in the region. But the rubies and sapphires (i.e. corundum) appear to have a connection to a particular host rock known as vermiculite schist, which hosts the ruby, sapphire, and kyanite at Palmer Canyon. This association is important, so all I did after recognizing this characteristic was to search the literature for information on vermiculite deposits in Wyoming, visited them, and all of a sudden, I had another 6 discoveries. So, yes, there is a link because this host rock and these gems.
Posted by The Gem Hunter at 11:33 AM 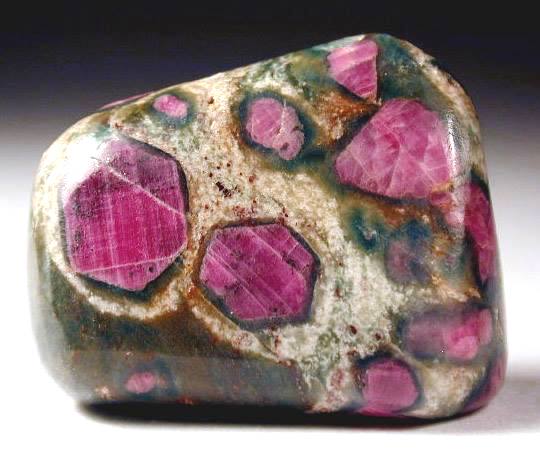 Where and how to find gemstones

WHERE TO FIND GEMS